As one of the most popular wheaten foods among Chinese northerners, noodles are one of the staple foods in our lives. During the making process of noodles, a food additive called xanthan gum is added. So why is xanthan gum added to noodles?

After checking  the "Standards for the Use of Food Additives (GB2760-2014)", the reporter of "Science and Technology Daily" learned that xanthan gum, or xanthan gum stabilizer, is a "food additive that can be used in various foods within an appropriate amount according to production needs." The function of xanthan gum is a thickener. Xinhuanet further introduced that xanthan gum is covered with structures such as hydroxyl, carboxyl, and amino groups. They can "grab" proteins, starches and lipids just like "tentacles" so that the toughness of noodles can be greatly improved. Meanwhile, it also has high viscosity, good solubility, and can absorb a lot of water, so it will make the noodle taste more elastic and smooth.

Does using xanthan gum as a thickener cause harm to the human body? As it is reported by CCTV.com, according to the "Sanitary Standards for the Use of Food Additives" promulgated by the former Ministry of Health, xanthan gum is a food additive that can be added under national regulations, and it is non-toxic and harmless. In addition, there is, in fact, no restriction on the amount of thickener that can be used in many foods. There is no scientific basis for the so-called "long-term excessive use will be harmful to the human body". In fact, in addition to noodles, there are many products in our life that have xanthan gum added, such as fruit drinks, ice cream, frozen desserts, and baked goods.

Since it was allowed to be used as a xanthan gum food additive in 1996, xanthan gum has been widely accepted by the food industry, for it provides excellent processing and storage stability at low concentrations. According to the hygienic standards for the use of food additives in China, xanthan gum can be widely used in the production of bread, ice cream, dairy products, meat products, jams, jellies, and beverages. 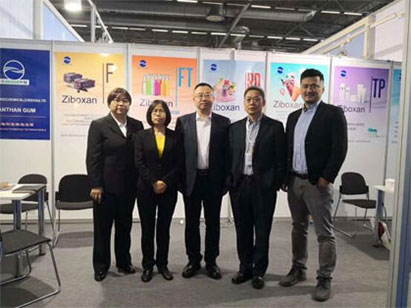